As far as web and software development goes, Python, followed by Java, JavaScript, and C++, are among the most popular programming languages in today’s market.

Whether you’re looking to improve your coding skills or start a career in technology, learning a coding language can bring many benefits. It helps hone your technical and problem-solving skills and get a high-paying job.

What Are the Best Programming Languages to Learn in 2023?

Python is a high-level, general-purpose programming language. It can be used for various tasks, from data analysis and visualization to web development, prototyping, and automation.

Python is popular among software developers since it works well as a scripting language. Moreover, it lets users utilize different programming paradigms, including the object-oriented, imperative, procedural, and functional programming languages.

Furthermore, this language is open-source, enabling programmers to modify its source code to fit their needs.

Python is easier to learn than other languages thanks to its syntax familiarity with English. If you want to kickstart your career as a software developer or engineer, learning to code in Python can be a great starting point.

On top of all, Python developers are in high and growing demand. Choose from various job roles, such as a data scientist, a software engineer, and an artificial intelligence (AI) researcher.

If you’re interested to learn Python, check out our top list of web developer certifications to scale your programming career.

C# is an object-oriented programming language – a model that organizes software design around objects.

C# is one of the top programming languages due to its fast performance and improved stability. This coding language is also easier to learn than its predecessors, C and C++, as it has a simple syntax and well-defined class hierarchy.

Starting off as Microsoft’s language for its .NET framework, C# is now compatible with Windows and Linux. Therefore, it’s arguably the best programming language to learn for developing GUI-based desktop applications.

Programmers can also use C# in various environments, including mobile and enterprise software. In other words, they can create Android and iOS apps and develop 2D and 3D games in Unity.

C# is in high demand as many web development companies continuously seek talented coders with C# expertise. Some of the best job roles for C# developers include software engineers and game or mobile app developers.

On a side note, learning C++ can be challenging for beginners as it has a more complex syntax than other programming languages.

In terms of job opportunities, C++ proficiency is necessary for many IT professionals, such as software developers and programming architects.

At present, C++ developer jobs are in high demand as it’s one of the most complex coding languages to learn. Make sure to highlight your programming language skills in your web developer resume to land the best offers.

JavaScript, in addition to HTML and CSS, is the best programming language to learn for front-end web development. 97.8% of all websites use JavaScript for their client-side scripting, making it the most popular language for the cause.

This scripting language is often used to improve a webpage’s interactivity. It enables web developers to add dynamic elements on their landing pages, such as animated graphics, clickable buttons, and mouseover effects.

JavaScript is also an excellent language for developing web apps as it offers an intuitive design.

All in all, JavaScript is a relatively easy language to learn, making it a perfect choice if you’re planning to become a website developer. JavaScript developers can also try their luck as UI/UX designers, full-stack developers, and software engineers.

PHP is one of the first back-end languages that many web developers find essential to learn. On top of that, PHP is used by 78.1% of all websites since it is the primary language for WordPress.

Compared to other programming languages, PHP is easy to learn. Apart from having extensive resources available for beginners, PHP syntax is elementary.

Furthermore, this programming language offers excellent PHP frameworks for website and application development. Some of the best ones include Laravel, Symfony, and CodeIgniter.

In terms of job opportunities, PHP is an in-demand open-source programming language despite being one of the oldest in the industry. PHP programmers can use this language to write command-line scripts as well as server-side scripts and develop desktop applications.

Swift is among the more recent programming languages in today’s market. When it first launched, Swift was an alternative for Objective-C – the primary language for Apple products.

Developers shifted to Swift as it offers modern features, like concurrent programming and automatic memory management. Swift is also easier to write and faster than Objective-C.

If you’re interested in developing Apple products, consider choosing Swift as your first language to learn.

Also, expertise in iOS app development is in high demand as Apple continuously becomes the biggest revenue and profit generator in the smartphone business.

Widely known to be a “write once, run anywhere” coding language, Java code can run smoothly in any operating system regardless of where it was written in the first place.

Java is an easy coding language due to its syntax familiarity with real-world tasks and object-oriented structure. On top of that, the new Java frameworks, including Spring and Hibernate, make it more convenient for developers to build applications.

From software engineering to back-end web development, data science, and big data, Java can do it all. Furthermore, it’s often used in financial services thanks to its robust security.

Java programmers can quickly pick up a new language due to its transferable skills. For that reason, Java can be the perfect first programming language to learn for any code enthusiast.

Besides, job demands for Java developers remain high. Choose from the various job roles, including a software engineer, a quality assurance analyst, a project manager, and a UX designer.

Go, or Golang was created for developing APIs, GUI-based desktop applications, and web applications. While it’s a young language, Go is one of the fastest-growing programming languages.

Concurrent programming is one of Go’s best features. It enables programmers to work with multicore CPUs and a massive codebase.

The good news is that Go’s concurrency is relatively simpler than other coding languages. With the lightweight Goroutines thread, programmers only need to add the go syntax to make a function run as a subprocess.

On top of all, Go has become one of the most popular programming languages to learn. Although it’s based on C’s discipline syntax, Go is easier to understand due to its simplicity.

Some of the best job roles for Go developers include software engineers, data scientists, back-end web developers, and AI researchers. Also, Go developers are highly paid and in higher demand than ever before.

SQL is the third most-used language based on Stack Overflow’s statistics. In terms of job opportunities, companies from all industries may need SQL developers as they’re playing a vital role in database management.

Web developers use SQL to organize the website’s database and marketers to help evaluate their marketing campaigns. Furthermore, numerous database management systems use SQL, including MySQL and MariaDB.

Ruby is another popular open-source programming language. It’s commonly used for web application development, but programmers can also use it for data analysis and prototyping.

Additionally, the Ruby on Rails (RoR) framework brings many benefits, including improved web application security, low maintenance, and is suitable for full-stack development.

While many may think that Ruby is dead, this language has become one of the most stable options for website development. Therefore, if you want to scale your website and web app development skills, learning Ruby is the way to go.

Picking the best programming language to learn highly depends on what suits your needs better.

We hope this article will help you decide on your first programming language to learn and help you create a website. Do not forget to use the best web hosting service to ease your website development. Reach out to us in the comments if you have any questions. 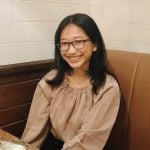 Linda is an SEO and website development enthusiast. With her passion for the written word and obsession with helping other people flourish, she aims to deliver engaging content pieces. When she's not writing, Linda likes to dress up, leave her clumsiness at home, and go to an art gallery.

Shifting from being a freelancer to an agency owner requires you to face several challenges. One of them is deciding the right pricing model to apply...

How to Calculate Hours Worked: Tracking and Calculating Work Hours

Knowing how to calculate hours worked helps track productivity, ensures you receive the correct amount of wage, and leads to positive working...