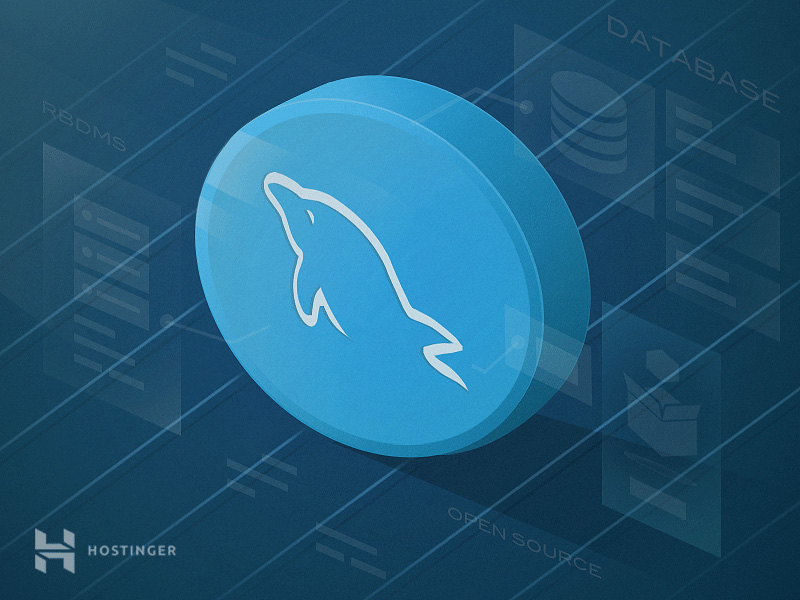 What is MySQL: MySQL Explained For Beginners

If you want to learn about technical terminology more easily, without frustrations, you’ve come to the right place. We make web hosting easy, but do our best to explain it in plain English too. So, what is MySQL anyway? Let’s break it down.

So What is MySQL?

First things first, you have to know how to pronounce it: MY-ES-KYOO-EL’ [maɪˌɛsˌkjuːˈɛl]. Sometimes people call it “my sequel” or other names, but at least you know the official pronunciation. A Swedish company called MySQL AB originally developed MySQL in 1994. The US tech company Sun Microsystems then took full ownership when they bought MySQL AB in 2008. US tech giant Oracle in 2010 acquired Sun Microsystems itself, and MySQL has been practically owned by Oracle since.

In regard to the general definition, MySQL is an open source relational database management system (RDBMS) with a client-server model. RDBMS is a software or service used to create and manage databases based on a relational model. Now, let’s take a closer look at each term:

A database is simply a collection of structured data. Think of taking a selfie: you push a button and capture an image of yourself. Your photo is data, and your phone’s gallery is the database. A database is a place in which data is stored and organized. The word “relational” means that the data stored in the dataset is organized as tables. Every table relates in some ways. If the software doesn’t support the relational data model, just call it DBMS.

Open source means that you’re free to use and modify it. Anybody can install the software. You can also learn and customize the source code to better accommodate your needs. However, The GPL (GNU Public License) determines what you can do depending on conditions. The commercially licensed version is available if you need more flexible ownership and advanced support.

Computers that install and run RDBMS software are called clients. Whenever they need to access data, they connect to the RDBMS server. That’s the “client-server” part.

MySQL is one of many RDBMS software options. RDBMS and MySQL are often thought to be the same because of MySQL’s popularity. To name a few big web applications like Facebook, Twitter, YouTube, Google, and Yahoo! all use MySQL for data storage purposes. Even though it was initially created for limited usage, now it’s compatible with many important computing platforms like Linux, macOS, Microsoft Windows, and Ubuntu.

MySQL and SQL are not the same. Be aware that MySQL is one of the most popular RDBMS software’s brand name, which implements a client-server model. So, how do the client and server communicate in an RDBMS environment? They use a domain specific language – Structured Query Language (SQL). If you ever encounter other names that have SQL in them, like PostgreSQL and Microsoft SQL server, they are most likely brands which also use SQL syntax. RDBMS software is often written in other programming languages, but always use SQL as their primary language to interact with the database. MySQL itself is written in C and C++.

Computer scientist Ted Codd developed SQL in the early 1970s with an IBM based relational model. It became more widely used in 1974 and quickly replaced similar, then-outdated languages, ISAM and VISAM. History aside, SQL tells the server what to do with the data. It is similar to your WordPress password or code. You input it into the system to gain access to the dashboard area. In this case, SQL statements can instruct the server to perform certain operations:

Have you been looking for a great hosting solution? We recommend you to follow up on Hostinger coupons page and be the first one in line to get high-quality hosting for the lowest price in the market!

All Limited Offers
Use Coupon

The image explains the basic structure of the client-server structure. One or more devices (clients) connect to a server through a specific network. Every client can make a request from the graphical user interface (GUI) on their screens, and the server will produce the desired output, as long as both ends understand the instruction. Without getting too technical, the main processes taking place in a MySQL environment are the same, which are:

That’s pretty much it. From the clients’ side, they usually emphasize which MySQL GUI to use. The lighter and more user-friendly the GUI is, the faster and easier their data management activities will be. Some of the most popular MySQL GUIs are MySQL WorkBench, SequelPro, DBVisualizer, and the Navicat DB Admin Tool. Some of them are free, while some are commercial, some run exclusively for macOS, and some are compatible with major operating systems. Clients should choose the GUI depending on their needs. For web database management, including a WordPress site, the most obvious go-to is phpMyAdmin.

Why is MySQL so Popular?

MySQL is indeed not the only (R)DBMS on the market, but it is one of the most popular ones and only second to Oracle Database when scored using critical parameters like the number of mentions in search results, professional profiles on LinkedIn, and frequency of technical discussions on internet forums. The fact that many major tech giants rely on it further solidifies the well-deserved position. Why so? Here are the reasons:

Flexible and easy to use

You can modify the source code to meet your own expectations, and don’t need to pay anything for this level of freedom, including the options for upgrading to the advanced commercial version. The installation process is relatively simple, and shouldn’t take longer than 30 minutes.

A wide array of cluster servers backs MySQL. Whether you are storing massive amounts of big e-Commerce data or doing heavy business intelligence activities, MySQL can assist you smoothly with optimum speed.

Industries have been using MySQL for years, which means that there are abundant resources for skilled developers. MySQL users can expect rapid development of the software and freelance experts willing to work for a smaller wage if they ever need them.

Your data should be your primary concern when choosing the right RDBMS software. With its Access Privilege System and User Account Management, MySQL sets the security bar high. Host-based verification and password encryption are both available.

Something still a little cloudy? Kindly let me know by dropping a comment below or explore more about our MySQL setup here at Hostinger.

A Psychology and Marketing graduate, Dwika possesses a solid mix of empathy and good eyes for opportunities that lead him towards earning years of experience with WordPress, Linux, and Hosting. When he's not sharing his knowledge with others, Dwika works on his social platform, promoting humanity through the web. He's also a movie enthusiast. He takes them very, very seriously.

How to Allow Remote Connections to MySQL Database on RHEL/CentOS 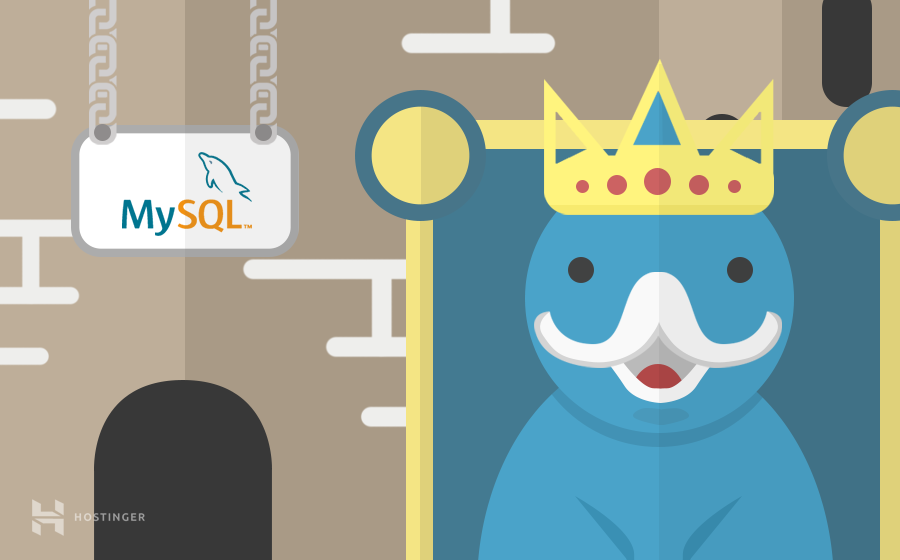 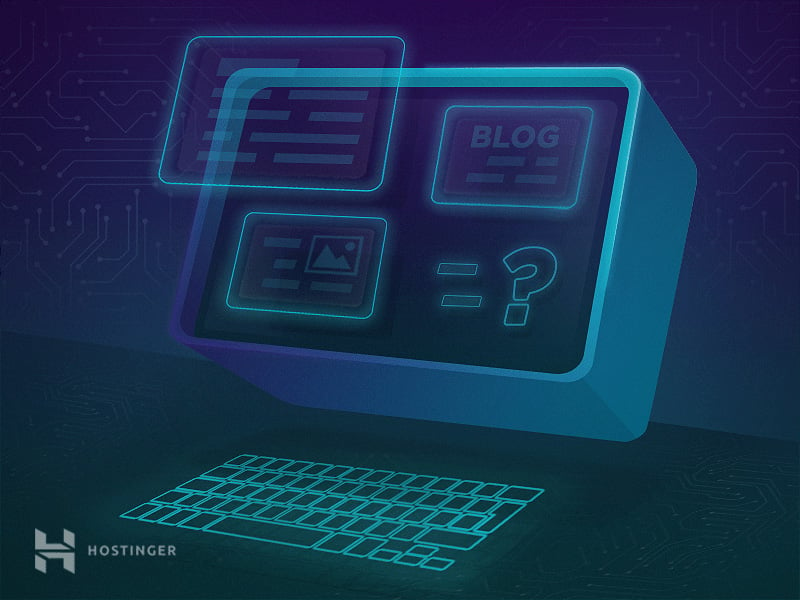 What is a Blog